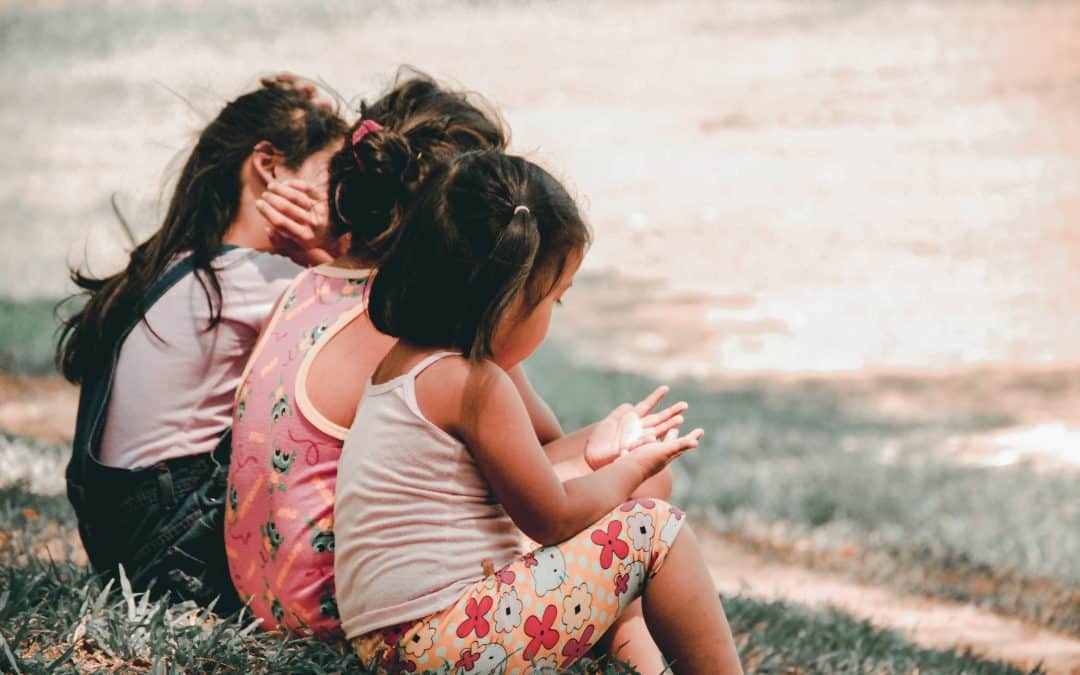 Parents know how perceptive children can be. Watch this clip of Tiana, a very intuitive six-year-old. Her parents had been arguing and she asked her mother to listen to her. Tiana asked both to stop fighting and be friends again. She asked them to calm down and to stop being mean. She said if she could be nice, they could be nice to each other too. She spoke about how she likes to see people smile and she likes to make people smile. She asked them to be ‘lower’ and ‘steady’. She wanted them to be respectful to one another and treat each other kindly.

Children Will Adapt, Don’t Worry.
People comfort separating parents by telling them that children are robust, adaptable and cope well with change. That’s dependant on the level of continuing conflict between their parents. It’s not the separation that harms children but prolonged parental conflict. If parents separate and the conflict ends and children continue to see mum and dad, then they are far more likely to adjust and cope. If the conflict continues after separation, then there’s no respite for the children. The arguments no longer take place in the home and so some parents think the children aren’t aware that it continues. That’s rarely true. Even if parents stop communicating, their children will be aware of the tension. I will never forget a teenage girl explaining to me that her parents didn’t talk and that this was just as painful as when they had argued. She felt so lonely when one parent dropped her off and she walked to the other parent’s home. She knew they were both watching her and didn’t want to upset either parent. She didn’t know who to look at or how to deal with their inability to communicate as parents. Before I became a Family Solicitor and then Family Mediator, I never really believed that so many children really blamed themselves for their parents’ divorce. Why would they? Now I know that when parents are separated and finances resolved, the only issue left to disagree about is often child arrangements. If a child hears their parents arguing about them, why wouldn’t they assume they are the cause?
Let Children Heal.
Separated parents grieve for their relationship and the loss of their family unit. This process takes time. If parents are unable to separate their past relationship from their future need to communicate as parents, children will suffer emotional harm. Its that’s simple. If parents can put their child’s needs first and communicate in a respectful manner, trust and respect between them as parents can build. Children feel safe when their parents can communicate. They can then adapt to divorce without suffering permanent emotional harm. A parent recently told me that she forces herself to think of her ‘ex’ as her daughters’ father. When she thinks of him in those terms, she has a
begrudging respect for him as a good father. When she ‘slips’ she thinks of him as her ex and gets angry about the way he treated her in the past. She said it required a great deal of discipline, but she forces herself to be respectful and remember that just because she feels he was a bad husband, doesn’t mean he is a bad father. For children to heal they need time and all manifestations of their parents’ conflict to end.
Author: Sara Stoner, Family Mediator, Broxbourne & Potters Bar
Call us on 01908 231132 or Email: info@focus-mediation.co.uk for further information or to book a Mediation Information & Assessment Meeting (MIAM) (11 Locations: Milton Keynes, Bedford, Broxbourne, Hemel Hempstead, London, Northampton, Oxford, Potters Bar, St Albans, Harrow and Watford).
Read more about family mediation at:  www.focus-mediation.co.uk