Have you watched the reality series ‘Seven Year Switch’? Four couples on the brink of divorce swap partners (on a platonic basis) for two weeks. Each new couple stays in a villa in an exotic location. A relationship therapist paired the new couples together choosing partners that he felt could learn from one another. 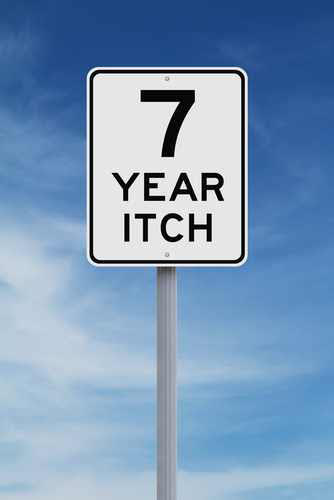 I’ve watched 3 episodes and whilst there’s some unnecessary attempts to provoke reactions for the camera, everyone involved appears to have begun to gain insight into how their past behaviour has impacted their relationship. When a relationship is in difficulty people often react to one another rather than taking a step back and considering the bigger picture. It’s hard to do so as emotions and commitments get in the way. The time away from their partners, jobs and children has facilitated introspection. The therapist allowed time for the new couples to build friendship and trust – as the tasks that followed were challenging. Each needed to feel safe and supported before they could honestly examine their own behaviour. People often feel powerless in a difficult relationship and struggle to accept that their behaviour can change the dynamics.
Previous conflict revisited
Scripts of previous arguments with their long term spouse were provided and re-enacted. The reactions of their new partner caused them to consider whether their behaviour had been unreasonable. Could they have handled the disagreement better? Did they show their spouse sufficient respect? The saying ‘familiarity breeds contempt’ has a ring of truth to long term relationships and sometimes friendships. Over time we feel comfortable and relax – we are no longer on our best behaviour. This can make us feel closer to someone as we can be ourselves – but boundaries can become blurred. We can sometimes treat strangers better than we treat those we love. Unacceptable behaviour may be tolerated and become the norm. When one man read out the derogatory names he had regularly called his wife, his new partner was visibly shocked. He initially tried to justify his behaviour and said he had been provoked. However, his new partner helped him to understand that he must take responsibility for his own actions and that he had treated his wife with little respect.
Another wife said her husband was immature and an underachiever and she didn’t know if she wanted to stay with him. She read the transcript and saw she had continually fired orders at him and criticised whatever he did. She began to consider how it might feel to be on the receiving end of such behaviour. She understood that she needed to encourage him and not put him down.
Lessons learnt
The lesson I think they will all take away from the experience is that they had each stopped listening well to their long-term partners. They had not shown each other sufficient respect or compassion. They were enjoying their new friendships because they were treating each other with kindness, respect and they were listening well. We are all guilty of taking partners, friends or family for granted at times. The people in this experiment were fortunate – before their respective behaviour caused the irretrievable breakdown of their marriage they were able to understand and appreciate that a relationship requires continuous effort. If we don’t listen and treat one another with respect then a relationship will inevitably flounder.
Communicating as separated parents
Mediators facilitate improved communication between separated partners. Sometimes clients experience sadness that they are communicating better than they did when they were in a relationship. We don’t set out to save relationships but mediation does improve parental communication and this benefits children enormously. It’s not the separation that can cause a child long term emotional damage, but prolonged parental conflict. If parents can learn to communicate well for their children’s sake, then their children will thrive and feel safe.
Call us on 01908 231132 or Email: info@focus-mediation.co.uk for further information or to book a Mediation Information & Assessment Meeting (MIAM) (11 Locations; Milton Keynes, Bedford, Broxbourne, Hemel Hempstead, London, Northampton, Oxford, Potters Bar, St Albans, Harrow and Watford).
Read more about family mediation at:  www.focus-mediation.co.uk