A positive message for children during a breakup

Driving to work on my way to mediate with a separating couple, I heard a song playing on the radio by James TW called, ‘When you love someone’. https://m.youtube.com/watch?v=0Bf3CJZ4hvg. The song is about a child’s parents splitting up. The video is cinematic and well worth a watch (please follow the link). The parents talk to their son and tell him everything will be ok. James says he wrote the song after a young drummer he was teaching told him his parents were getting divorced. He said in a statement to Huffpost, “The first thing I thought was how are they going to explain it to him in a positive way and one where he would understand. I wanted there to be a song that he could listen to which would make him feel better about everything that was going on.” 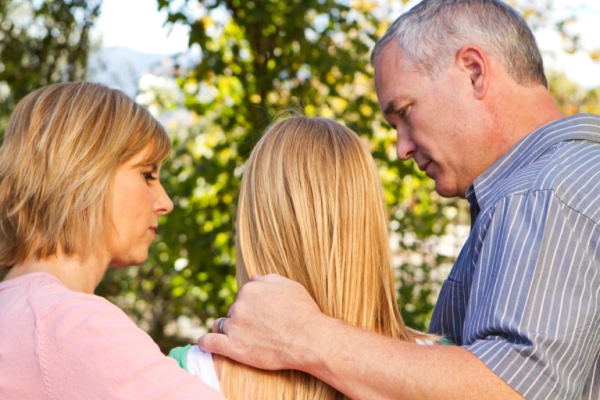 Come home early after class
Don’t be hanging ’round the back of the schoolyard And if we’re crying on the couch Don’t let it freak you out. This has been so hard.
The video depicts a teenage boy’s parents having a number of heated arguments at the end of their marriage whilst he watches the marriage unravel. The boy doesn’t know how to handle his emotions and gets into trouble at school. Eventually he breaks down and cries and his mother comforts him. She then drives him to see his father and watches as his father hugs him and reassures him. The message is a positive one. The reality is that 1 in 2 marriages fail and inevitably many children will experience their parents breaking up. Sometimes it is better for parents to live in separate households, as they can then be happier individuals and better parents.
It’s vital that children aren’t drawn into any arguments, confided in or asked to take sides. They need to be shielded from any hostility. The best way parents can help children to feel safe and secure is to continue co-parenting their children. That’s not easy when parents may be feeling hurt, angry and scared. Mediation can help parents improve their communication, plan their futures and find some peace. Children need their parents to do this as soon as possible so they know that they will be ok and that both their parents will still be there for them.
At Focus Mediation, we have specially trained mediators who can talk directly with children so they can have a voice and this helps them to feel heard and understood. Call us today to take the first step towards a more settled future for your family.
Some useful resources for helping children during separation:
http://voicesinthemiddle.org.uk – a website for children whose parents are separating/ divorcing
http://www.resolution.org.uk/site_content_files/files/separation_and_divorce_helping_parents_to_help_children_2.pdf
http://www.partnershipforchildren.org.uk/resources/my-child-is-worried-about/divorce-separation/how-to-help-children-adapt.html
Call us on 01908 231132 or Email: info@focus-mediation.co.uk for further information or to book a Mediation Information & Assessment Meeting (MIAM) (10 Locations – Milton Keynes, Bedford, Hemel Hempstead, London, Northampton, Oxford, Potters Bar, St Albans, Harrow and Watford). Read more about family mediation (including our client testimonials) at  www.focus-mediation.co.uk