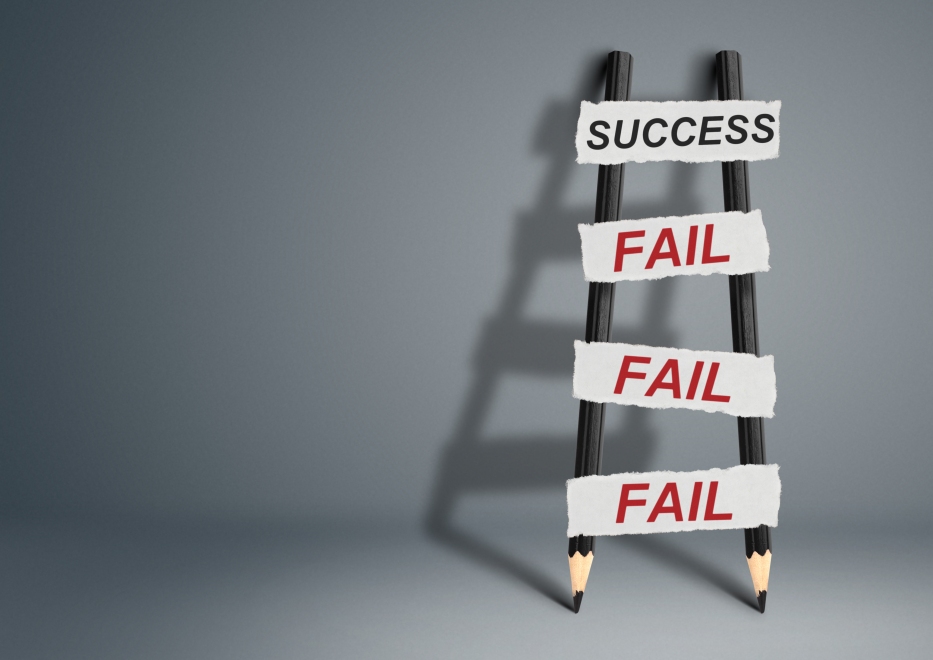 Successful people are usually well acquainted with failure. This is simply because successful people are triers, experimenters, optimists and they don’t give up easily. They’re not afraid of being first, of falling flat on their faces, making people laugh or crow. It might just work and that’s enough to get us going and keep us going.
Swept along by an idea, we become excited, enthusiastic and before we know it we have jumped. We have embarked on whatever seemingly madcap scheme we are convinced is brilliant.
Our friends and family may roll their eyes, smile at us fondly, get exasperated, infuriated or plain bored. ‘Oh, she’s off again, fasten your seat belts!’
Yet the world needs agents for change, otherwise nothing improves, nothing is learned – we stultify. So here are my tips for getting over your fear of failure and making your (little or big) mark on the world:

Ok so I expect you’re wondering in what ways I have tried and failed. You want me to come clean so you can judge by what authority and personal knowledge I can say success and failure are two sides of the same coin. I should own up to my own successes and failures, and not mind too much if you point and laugh. Well actually I don’t. Mind, I mean.
I suppose it has been said by others that I’m a successful family lawyer and mediator, so I should not feel too squeamish about repeating that (though I do, feel squeamish that is). Several years ago, I realised family law could do with some improvement, so in the 1990s I became a mediator, set up Focus Mediation in 1999, which has grown and grown so that my main work has become mediation.
It turned out that it was the right decision and a big success for me – despite all those people who told me mediation would never catch on and was a waste of time. I followed my heart and ignored them. If I didn’t try I wouldn’t know would I?
I wrote a novel about one family’s divorce. By any normal external measures such as how many  books has it sold, it has failed, because it hasn’t sold many copies really and has not yet been turned into a film (Yes, I know, in my dreams). However, many people have read it and raved about it and some clients found their way to me because of it.
My understanding of the psychology of family break-down and how best to manage it has grown. Can you hear how I’m thinking about this? By external book-world measures I have failed – I have not got a best-seller on my hands, but all is not lost, some good has definitely come of it.
Then there was my campaign on Change.org. It called for the court rule that says costs must be proportionate to the value of cases to be made to work – sadly this rule is often ignored. As a result we end up with cases like the dispute over £4,000 worth of drain repairs which ran up £300,000 of legal costs.
I was asking for a compulsory referral point to mediation when legal costs reach 20% of case value – to help people do a deal without having to establish the evidence, the truth, the legalities or the rights and wrongs.
This campaign didn’t attract the attention I was hoping for despite being featured on several media. It fascinates me how often the obvious and commonsensical falls on deaf ears. But, despite this, I’m right out there in front shouting ‘It’s glaring – just give it a go, sometime it’s worth upsetting the status quo. Anyway it can’t succeed if you don’t try it – and failure is always an option when you try something new.”